You will find our menu crammed with innovative Pretzel varieties which include such delicacies as: 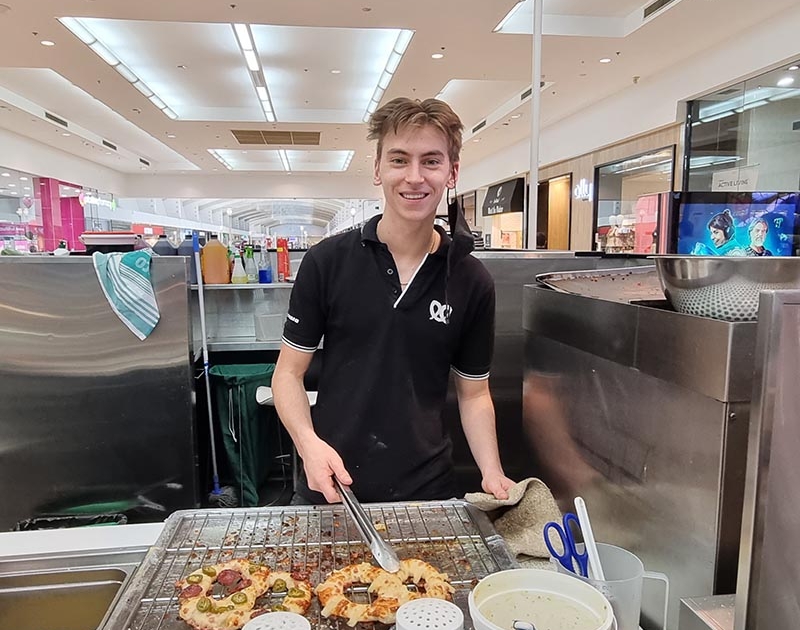 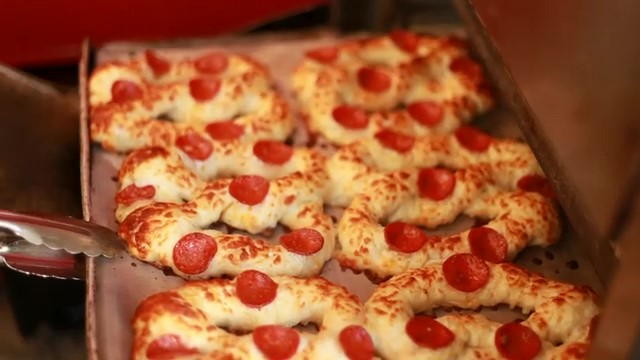 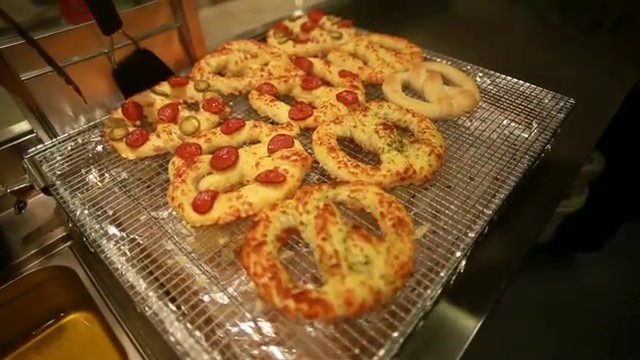 We also offer a variety of tasty dips to compliment our pretzels.

Our Pretzels are huge in size but not in fat. In fact, fresh-baked Pretzels are regarded as being a much healthier food than ice-cream, cookies or doughnuts. Each pretzel is rolled by hand from scratch, using only the highest quality ingredients, baked in-store to a perfect golden brown and served hot.

Drinks consist of a variety of frozen Granitas flavours, changed on a regular basis. A large range of bottled drinks include Coke, Schweppes, Iced Teas, and Iced Coffee. Let’s not forget our popular freshly made lemonade!

History of the Pretzel

A German Monk who was a Chef in a Christian Monastery in the early sixth century created the Pretzel.

Originally the Pretzel was intended to be a reward for children who learned their prayers. The Monk had the idea of making little cakes in the shape that would be meaningful.

He rolled the dough into a long strip, formed it into a circle and crossed the ends to resemble folded arms, in the attitude of prayer. The three holes in the pretzel represent The Father, The Son and the Holy Spirit.

The treats were dubbed “PRETIOLAS” meaning Little Rewards. There popularity soared as children strove to obtain one of the crafty Monk’s tasty twisted biscuits.

Through the years, generations of monks improved and changed the cake recipes. As traders and warriors traveled across Europe more and more people discovered and adopted the pretzel. However, with each new culture, the name altered slightly. The old German title was “Bretzek”, meaning arm, a name that is still used by some. The Monks never could have dreamed that the same shape would remain so many years later in what is now called the Pretzel.